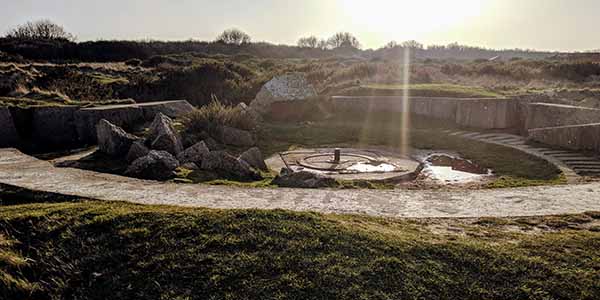 There’s an old saying, beauty is in the eyes of the beholder. Our next winner was able to see some positive side and made us look at the beautiful, peaceful part of nature which was once a war zone. Let us see the world, Scholarship Contest Winner Raquel wants to live in.

Raquel:
This picture was taken at the Pointe du Hoc which is a cliff that is along the English Channel in Normandy, France. The area was very important during World War II as it was originally German-controlled and eventually taken over by Allied forces during D-Day. It may seem a bit strange to share a photo of a place that was previously war zone to show a world I would like to live in, but I believe that this photo exemplifies the healing, growth, and remembrance that we should have for all past wars and tragedies – it should serve as an example of how we move on from past tragedies to eventual world peace. The sounds of waves crashing onto the cliffs and sights of nature taking over the crumbling war bunkers give a sense of peace. My vision is that we as humans will forgive all of the conflicts that we have with one another in order to make a better world that lives in harmony with nature, but also remembers all of the brave people who have lost their lives in order to build such a world.

We wish Raquel all the best for her great future and congratulate her for being the winner of our Scholarship contest 2018-19.

Why stay in a hotel near NESCO or in any of the hotels in Mumbai when you can stay at a serviced apartment?
×